Warning: "continue" targeting switch is equivalent to "break". Did you mean to use "continue 2"? in /homepages/23/d187519354/htdocs/ladyofledger/wp-content/plugins/siteorigin-panels/inc/styles-admin.php on line 392
 Postponement is not just for Christmas - Workplace Pensions - Lady of Ledger 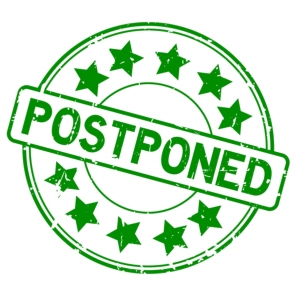 When an Employer gives an employee an additional payment to their normal wage or salary, such as a Christmas bonus or overtime payment for additional hours to cover a busy period, this may trigger the requirement to auto enrol them into the workplace pension scheme. However, postponement may be an option in this situation.

Eligibility:
– There must have been at least one pay period between any previous postponement with that employee, and the current increased earning pay period.
– The postponement period can be UP TO a maximum of three months – but could be as little as one week, if weekly paid.
– A letter must be issued to the employee to explain what has been done.

For example:
Julia normally earns £800 per month in her part time work. In December pay, her employer wants to give her a Christmas bonus of £200, but this will trigger the Auto Enrolment threshold to enrol her. Her employer uses a one-month postponement period, issuing a letter to Julia to explain what he has done.

In January, Julia is back to her normal £800 per month, so is back under the auto enrolment threshold and postponement ends. Her February pay is the normal £800. In March, she is asked to do a small amount of overtime which would again take her over the threshold, but postponement could be used once again, as there was at least one clear pay period between these postponements.